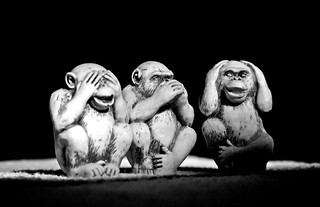 So many things a child’s ear should not hear…

The first one being that when the Mother was heavily pregnant with me, my Dad tried to kill me by throwing her through the glass coffee table in our living room. This is one of those stories that also fed my fear of Dad, throughout my childhood I believed that he did try to to kill me. When I was in my 20’s I asked him about this; he said that the Mother was lying and it never happened.

When I was a baby and would crawl up to Dad, he would put me on his foot and kick me away. The Mother constantly reminded me about this and the fact that he did not like me or want me near.

She often said that Dad hated my brother from the moment he was born, she would say it was because he had dark skin.

If we were ever to be robbed and had dangerous people in our home, the Mother said she would save us by seducing the men.  And to let her be alone with them in the bedroom. I remember feeling so safe, she loved us so much that she would sacrifice herself for our safety.

As a teenager she would burn photos of my dad into a pot and say “spells”. I participated and repeated the words with her. I felt scared when we did this.

I only have these snippets of talking memories in my mind, these are all I can remember. And for a long time were a part of my own life story in how I understood myself, how I related to my Dad, how I thought I was better than my brother because I had blue eyes and blonde hair.

I looked up to her so much and felt as though I was right there with her through everything. For my whole childhood, Dad was the bad guy and we were victims. What I didn’t realise was this other game going on, this narcissistic game where I was being played and toyed with.

One thought on “The Mother Talks Too Much”

This site uses Akismet to reduce spam. Learn how your comment data is processed.