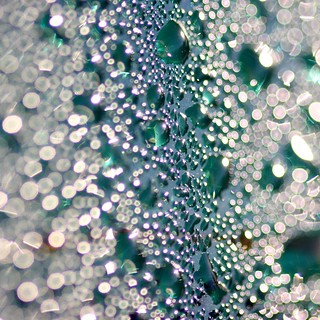 “Any sorrow, upon the morrow, must surely fade away. For there is naught, that can’t be sought, upon a bright new day” – Mary Marks

My Dad was ‘The Man’ of the home, what he said went, no negotiation, no family discussion, no consideration for how other people might feel. I learnt from a very early age to accept this. For example, tiptoe around the house when he was sleeping, especially if he had been drinking the night before.

I vaguely remember my brother and I waking up early most mornings, walking quietly to the TV room and we would watch cartoons for what felt like hours.

The thing that would wake us up so early is my Dad’s long wee in the toilet. Door wide open and the sound of a long, long wee, followed by the biggest fart you’ve ever heard. The sound would echo through the house. I never lay their annoyed until I was much older, as a child it was simply time to sneak to the TV room and watch cartoons. I felt happy.

Then, later in the morning Dad would have his shower. And afterwards walk back to his bedroom naked. I would see my Dad’s penis daily, he didn’t care that I was looking. I would often hear Mother yell out, “cover yourself” or “get a towel” or “kids, don’t look” and he would just keep walking, ignoring her.

As I grew into my teens, he would make sure there was a clear pathway, then do the naked dash to his bedroom. It was at this point I knew him better.  As soon as I heard the shower stop, I knew to make myself scarce. Whatever I was doing I’d make sure that I was around a corner, or in my room. Then I’d wait, sometimes I’d stand quietly and wait for 5 minutes until he was definitely in his bedroom.

One morning when I was much older, either 14 or 15. I went to have a shower at the time Dad normally had his shower. He came in the bathroom and did his morning shave, the glass was opaque so he wouldn’t have been able to see me naked. Then, I yelled out, “I need to get out now can you leave?”

Expecting he would leave I turned the water off. He didn’t leave. He let me stand there and did not pass a towel over for what felt like an eternity. Perhaps, this was his way of telling me to never interrupt his morning ever again. And I didn’t. 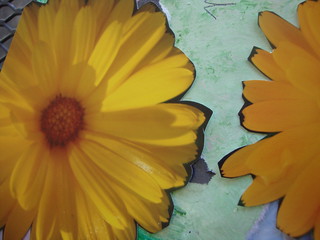 Both the Mother and my Father are very much a part of my life. There have been periods where I’ve had no contact with either or both, however one thing or another has always happened over the years that has led to contact being re-established.

Now that I am married, have two children and what I like to consider a fairly happy, stable life they want to see and talk to me more than ever before.

This has been an easier path to walk down in regards to my father. Like me, he is good at living in the present and we very rarely talk about the past. I think we both have an unspoken agreement not to discuss this too much. It’s a trigger for me, and well, he claims to not remember anything which is very frustrating.

The Mother on the other hand, lives in a perpetual past. She is a constant victim of everyone and everything. The Mother never holds herself accountable and will consistently place blame on those around her. This makes forgiving the past more difficult, because my present day interactions with her trigger memories and feelings of childhood. I want so much to be stronger around her, I don’t want to be triggered into this blubbering mess, or child-like state. It’s like she is the only person in the world who doesn’t see me for all my good qualities. I am only reminded of past transgressions or how I am the cause of her ill-health.

In trying to forgive, perhaps our current relationship is one where I can practice strength. I can learn to recognise my feelings and not react. One strategy I use when in her company is to imagine a sign on my chest that reads “Just Visiting”. It makes me smile and remember than I’m an adult now and she can’t hurt me. 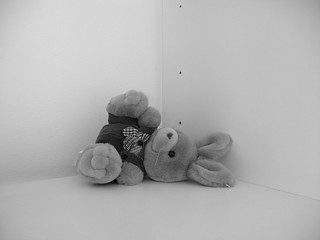 Trigger warning – the following post may affect some readers

One of the traits of narcissistic people is this ability to make you feel and believe that you are the crazy one and not them. When they are confronted with what they have done, you can be told, “that never happened” or “wow, you have a great imagination”.

This is one of those memories which is vehemently denied by the Mother.

I’m so little, standing in the corner of the room, I distinctively remember my peach coloured walls, I’m crying, my brother is crying too. We are pertrified, I vaguely remember us just saying “no no no” over and over.

As I look back through the lens of being a mother of two myself. There is a part of me which can empathise with the fact she may have been suffering and unable to cope. However, that’s where it ends. Even with various kinds of therapy I still can’t seem to forgive this, I can’t even forget it.

Since having my second child, I have been diagnosed with postpartum depression. There are days where I can not cope, days where I want to scream. I choose to walk away, I choose to ask for help. I choose to admit that at times, I can’t do this on my own. I take medication, I go to therapy, I keep trying to get better. I believe this is one of the fundamental differences between me and the Mother, I can admit I’m flawed.

For a long time I understood my upbringing through the lense of domestic violence, a drunk, unloving abusive father. That this in fact was the source of all my troubles. I attended counselling through out highschool just to get through.

The Mother was a victim too, people felt sorry for us, people wondered why we didn’t leave. And whenever we did leave, how come we came back? The Mother went to many domestic violence shelters when I was very little but she always went back. She was the typical battered wife. And for a long time I hated her for continually subjecting us to the physical abuse.

The real secret was the role she played in the violence. She encouraged my father to hit us when it suited her. Other times he would be violent because he wanted to. These were the times she really did try to protect us and throw herself in front of him. So where does this story fit in with the current rhetoric of family violence? Is her role in the violence simply a product of her also being abused? Are there any other mothers out there who participated in the violence towards their children? 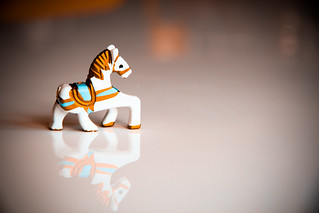 When we were very young children my brother and I were often played off against eachother – today I am an angel sent from heaven, tomorrow I could be the devils child. Whilst she would keep the dichotomy of heaven and the devil to the confines of our home. She would very happily share with the world if you were the best child that day, often telling anyone who would listen how lucky she is to have you.

However, the devil child for the day would get ignored, spoken down to and ridiculed. If you were the angel child, you would participate in the verbal and emotional torture directed at the other sibling. It was actually really enjoyable to be the angel child. You felt loved. You felt happy.

It took a very long time for me to reconcile these memories with who I feel I am today. An amazing therpaist helped me to understand that I had to play this game with the Mother as my very survival depended on it. The Mother fed us, clothed us, drove us to school, took us to activities, she was all I knew.

Being raised in a home with a narcissistic mother has left me scarred to my very core, it has left me with a perpetual fear that I might be like her.

Now that I am a Mum, this fear can be a heavy burden. I constantly question and analyse my own behaviour. As far as I can see the only way to ensure I do not become like her is to have awareness and insight into how my behaviour affects those around me.

A post which explains this kind of emotional manipulation between siblings can be found here:

One of the first memories I have of the physical abuse is lying on the bed, my father is beating my brother and I with his belt. We are rolling around on the bed, screaming, trying to avoid being hit – and there she is – standing in the doorway – watching – “ok, ok…that’s enough” she says.

This was a common event – my brother and I might have been naughty for whatever reason – I don’t remember the details of our behaviour as we would have been very little – but I do remember the threats – “just wait till your father gets home” – “no no no please don’t tell him…please”.

I remember so many times pleaing with her to just keep our naughtiness to ourselves – and there she would be all smug – happy to have finally broken us – and I would sit there for however long, waiting for that inevitable moment he would come home, the Mother would tell him all about the naughty things we did.

And then he would reach for his belt.

He would take it off his pants, or go to the bedroom cupboard for another one. I would run. He would chase us. He would beat us.

It was only when she thought we had been punished enough, the Mother would make it stop.